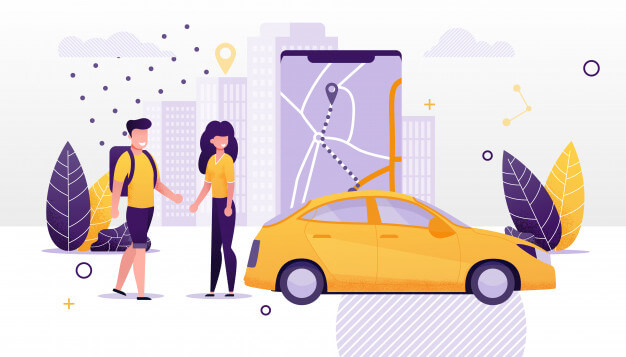 The Growing Prominence Of Ride-Hailing App In Latin America

Latin America- the world’s most urbanized region homes to over 649 million people with 83% of the population living in urban areas. The speed at which modern urbanization is scaling, it’s becoming difficult to plan at the same pace.

When we take a trip to the Latin America’s transportation preferences, the amazing facts pops-up such as people increasingly rely on public transportation and subway system; the larger cities and metro areas are having vehicles above maximum capacity; the young generation has stopped favoring buying a car rather than preferring on-demand taxi app solutions; the mobile penetration is growing at a tremendous pace and 63% of the population accessing things via mobile technology; the recent corona outbreak we all know.

The unexpected growth is putting challenges before traffic infrastructures and public transportation systems around metro cities and they are trying to play a catch up with the situation. Poor road conditions, limited parking space, traffic congestion, and other things are frustrating drivers and commuters.

However, the concerns raised due to urbanization are paving the way for digitization. The sharp rise in ride-hailing apps, car-sharing apps, and bike-sharing apps are observed, that’s bringing gala changes to the traditional transportation landscape in reaching from point A to B.

Among all, the ride-sharing market in Latin America is the fastest-growing mobility business model, which is also the world’s second-largest market, that’s worth $925 million.  It’s because the platform is allowing the people to travel in a vehicle that’s driven by another person thereby reducing vehicles’ circulation, congestion, and gas emissions. Better safety through GPS integration is another reason for the strong popularity of this model in many cities of Latin America such as Sao Paulo, Brazil, and Mexico.

Conclusively, it makes Latin America a hotbed for taxi businesses. The competition begins with Uber and Lyft is now getting intensified as more players joining the race. Presently, the taxi dispatch solutions are geographically expanding the services across different cities of Latin America to conquer the market.

According to research, the ride-hailing balloons to a burgeoning $285 billion by 2030 with more Uber alternatives.

Take a look at the global mobility players that are partnering with local taxi businesses to easily adapt and make the product a perfect fit for the people of Latin America.

The company founded in 2009, has acquired 69.7% of the US ride-hailing market share in 2019, which is quite less from 83% share that the company has grabbed in 2017.  The continuous massive losses, bad publicity, and poor safety are negatively impacting the Uber’s growth and revenue.

Chinese ride-hailing giant made strong inroads into Latin America with its two most populous cities- Mexico and Brazil. Presently, the company is taking over the world’s second-fastest market with its expansion across Colombia, Chile, and Costa Rica.

Read more  :  How To Start A Taxi Business In A Local Town In Middle East Countries?

To effectively hold a tight grip on Latin America’s market, the company bought local start-up 99 in Brazil and built ride-sharing operations from scratch in Mexico. Besides, higher pay and bonuses are the strategy that the company employed to lure in drivers.

The Brazil-born taxi-hailing business that allows the users to book the taxi in real-time has gained enough traction in the nine countries of Latin America. With a deep understanding of the regional market, it’s easier for the company to localize and tap into the market. Later, to solidify the presence and better compete with the international player like- Uber, the company merged with Tapssi in 2015. In 2017, the company merged with Cabify for the Latin American market, but it still retains its presence in other markets across the globe.

You have met the homegrown and multi-national ride-hailing companies that are vying for market dominance in Latin America.

With the corona outbreak, the ride-hailing industry has suffered a ton just like other industries. Now, international players like- Uber and Didi Chuxing are using AI technology to ensure the rides are safe. The drivers must wear the masks, then take a selfie and pass it for the AI verification. The number of passengers allowed on standard rides is curbed from four to three alongside no passenger can sit on the front seat.

Additionally, the drivers need to report the body temperature to the phone app. The photos of the vehicle dis-infection must be uploaded daily to the mobile app. When the driver fails to meet the safety requirements, the permission to take the rides is declined. Well, the movement towards safe ride may result in bookings recovery, which was dwindled in double-digit in the last few months.

Renish is a business consultant and strategic leader bridging the gap between technology and client satisfaction. With 4+ years of knowledge, innovation, and hands-on experience in providing consultations to startups, agencies, SME's and large enterprises who need hire dedicated development and technology partners. He has also lead to the delivery of countless web development and mobile app development projects.

How to plan an app business model for a mobile app startup?

Tell us about your requirment and we will get back to you soon.